Sawyer Orion Rummelhart was an amazing son, brother and friend. Those that loved him, also knew him as Soy and/or Soytown.

Sawyer lived life to the fullest, regardless of the circumstances, a concept now known and celebrated as “Live Like Soy”.  While his 10 months battling cancer didn’t define him, it certainly showcased the type of person Sawyer was . . . BRAVE at heart.

Soy’s friends, family and even strangers across the globe, became Sawyer’s Warriors. Many were drawn to him, it was hard not to be, with his magical smile, positive attitude and will to survive through the worst of times.  Soy and his family were very open about his fight with cancer, in order to help others truly understand the monster that is pediatric cancer.  In doing so, many felt as if they knew Sawyer personally because of his amazing light.

Diagnosed with Burkitt’s Lymphoma April 2015 at the age of eight, entered hospice December of 2015 and passing February 19, 2016. Forever Nine. 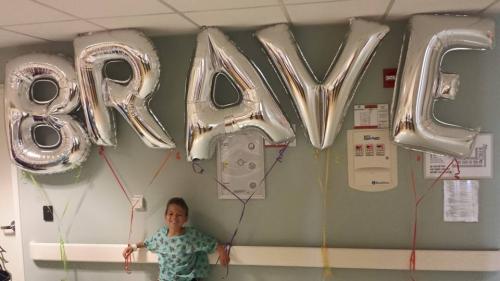